This week, we lost a great Briton. A true pioneer, who faced controversy as he pushed the boundaries of what was possible, and changed the world. And no, I'm not talking about Margaret Thatcher. I'm a Scot. That should tell you all you need to know about where I stand on our former Prime Minister. No, this week, I am mourning someone who truly changed the world, a man without whom, some 4 million babies wouldn't have been born. Including three who were born to me.
Professor Sir Robert Edwards was born to a working class family in a small Yorkshire town, after serving in the army, he entered a career in science. A career choice that would change the world for so many of us. It certainly did for me. Sir Bob Edwards developed a method of creating life outside the womb. In vitro fertilisation. IVF. Some called his work barbaric, protested his subsequent knighthood, but to me and so many others, he was a hero.
When you are first told you may struggle to conceive, it's like a blow to the head. I took that hit young, at about 17, when my wildly erratic periods revealed a problem. I was diagnosed with Polycystic ovaries, but I just accepted a prescription for the Pill and got on with my youth. It would all work out. It was only a possible problem... Marriage and a year of trying would make the problem very real. I couldn't get pregnant. But to my eternal gratitude, someone had me covered. Sir Bob had it covered.
OK, so the hormones sucked and the innumerable blood tests left me feeling like a pin cushion, but it worked. It worked very very well. My first go at Sir Bob's IVF gave me two beautiful girls. And being pregnant with the twins somehow kick-started my confused ovaries so effectively that, less than two years later, along came a third young lady. My girls. My life. All three thanks to the genius and hard work of Professor Robert Edwards.
So it was with great sadness that I read that this week, at the age of 87, he had slipped away in his sleep. But it was at least a fittingly long and happy life for a man who brought happiness to so many.
Thank you Sir Bob. You changed my life and made my dreams come true. You were a true great. Rest in peace. 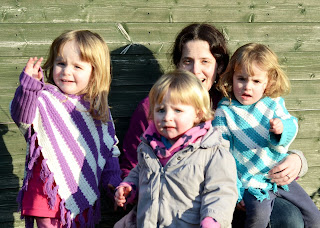 Thank you for this Sir Bob
Posted by Unknown at 22:46