Parenting under the influence

This week I got drunk. I went out with actual adults and drank actual alcohol. I never do that any more. Turns out there's a very good reason for that. Oh God, the hangover... I wanted to curl up in a ball and sob. Only I can't. I'm a mum-of-three. Mercifully, it was Sunday, so my husband was there to take up the slack. Having attempted to get up and help them get dressed, but been unable to actually hold myself upright without vomiting, I pleaded for mercy and retreated back to bed. I needed a day off. 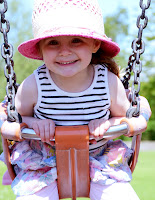 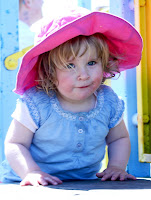 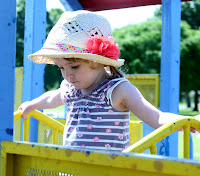 I love this little lot... but a day off would be nice

A day off. I haven't had one of those for three-and-a-half years. Before kids, if you are ill or exhausted or have the hangover from hell, you can pull the duvet back over your head and plan nothing more for the day than a heroic trip to the loo or, if you're feeling really ambitious, the kettle. But as I curled back round the sick basin, the guilt pounded in my already-pounding head. Mine is not the kind of job that comes with sick days and holidays and tea breaks. It's an 24-hour, seven-days-a-week kind of deal.
I've got up and cared for my girls through vomiting bugs from which I was also suffering, I've survived on barely any sleep, but still made it to the playpark, and through four months of morning sickness, I provided two toddlers with three meals a day, every mouthful of which made me want to throw up.

But finally, after three-and-a-half years, I was beaten. I don't know whether it was my age (possibly), the fact I hardly ever drink now (probably) or the beer that seemed a really good idea after an evening of wine, wine and more wine (most definitely), but I felt awful. Skin-tearingly, soul-devastatingly awful. I could barely move without vomiting, and just wanted to sleep forever. It hadn't helped that little M had decided not only to have a disturbed night, but also to reject her father and demand only her wreck of a mummy sit up with her half the night. Unable to sleep off my excesses, they hit me fall-force the following day.
But I never take time off. I've had a few days out, and get some regular time to myself every Tuesday with the twins and nursery and M with my mum. But I still get them dressed, I still get them breakfast and find their shoes and make sure everyone has their bag. I still get back in time to cook their tea and bath them and kiss them goodnight. I've had only one night away from my girls in their life, and that was unintended when a flight back from a funeral got cancelled. I'm a full-time mum. Literally.
But I couldn't do it. I had to go back to sleep. So I swallowed the guilt (then threw it back up again. Probably) and shut away my world. Until lunchtime. Even dying didn't get me a whole day off. By 2pm, I was up and dressed, and taking the girls round to see their granny, who went all maternal herself, and nursed me with tea and toast. I guess you never take time off from being a mum. I know as the girls get older, they'll start making their own breakfast, taking their own baths, going out with their own friends, and I'll get more time off. I'll be less vital. I may even take more time for myself. I'll be about to go out with friends, relax and have a glass of wine... Not that I'm ever drinking again... Where's that basin...